The first hospital worthy of that name was opened in Hradec Králové in 1887 in the area still referred to as the Old Hospital. It quickly gained a very good reputation and its capacity and professional level grew steadily as it met the needs of patients. The town of Hradec Králové then decided to construct a new, modern hospital. The new hospital complex was opened in 1928.

One of the most important personalities in the hospital’s history is Professor Bedrna, who was not only an excellent surgeon but also a man with a broad perspective and pioneering vision, not only in the field of surgery itself but in medicine as a whole. It was he who, in co-operation with Professor Fingerland, Associate Professor Maršálek and many others, deve­loped an extensive training program at the hospital for doctors not only from Hradec Králové but from the wider region. Gradually, a team of highly educated experts came together in the hospital, and this led to the establishment of a branch of Charles University – Faculty of Medi­cine in Hradec Králové in 1945. The Hradec hospital was awarded the status of University Hospital. 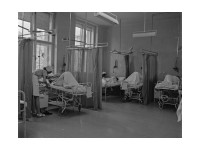 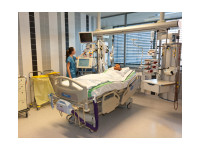